At this point we would like to share our impressions of the national parks in Tanzania with you.

If you are thinking about a trip to the national parks in northern Tanzania, our descriptions of the individual national parks and their special features may help you.

At the end of this article we have linked to our Tanzania travel tips and the report about the safari tour operator Shemeji in Arusha.

The Tarangire is about three hours drive from Arusha and is therefore also suitable for a day trip. 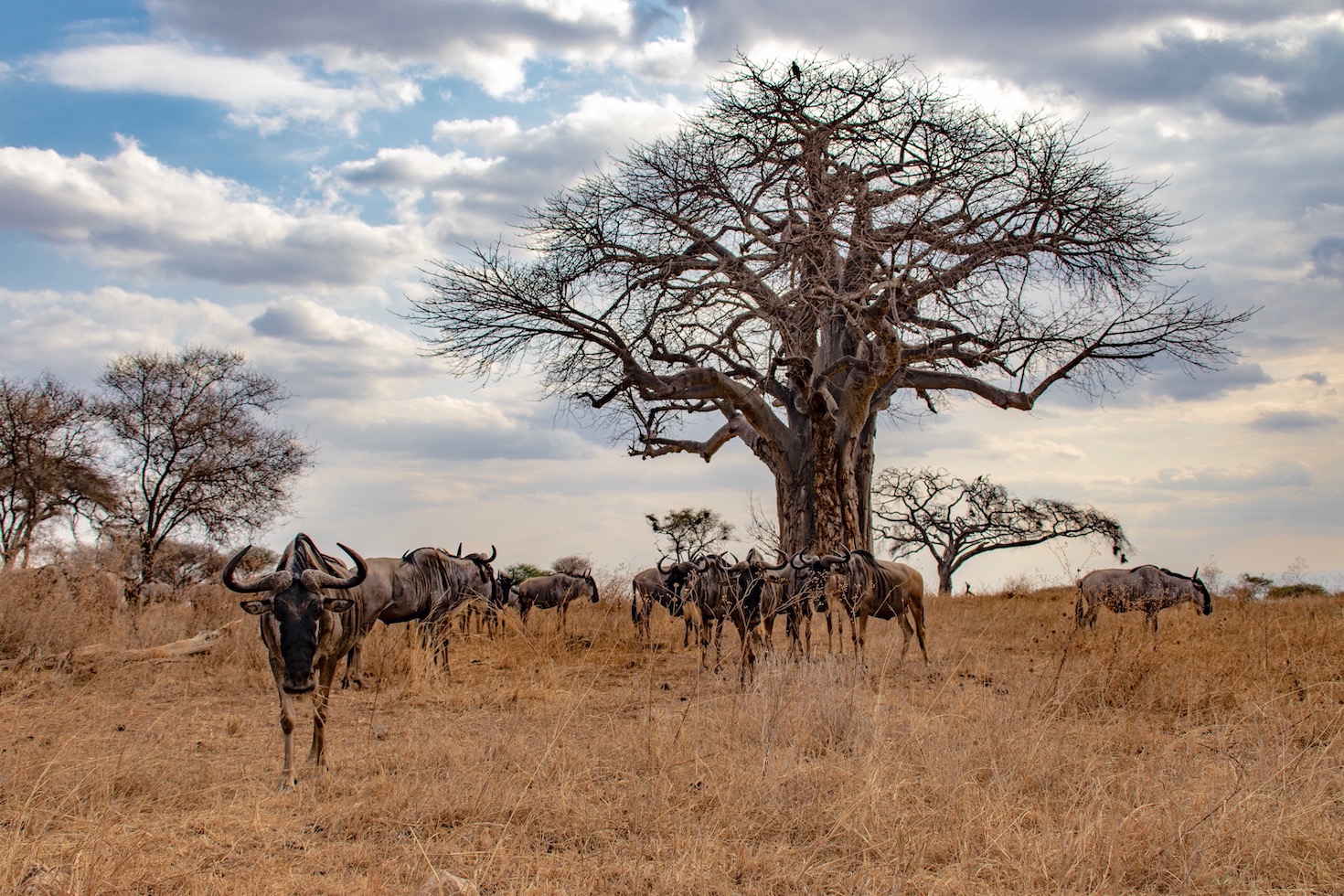 We have seen really large herds of zebras, wildebeests, giraffes and antelopes. There is always something to see, especially on the river or at the large water holes. Once we even witnessed two baby elephants playing in a water hole overgrown with duckweed and finally came out green. 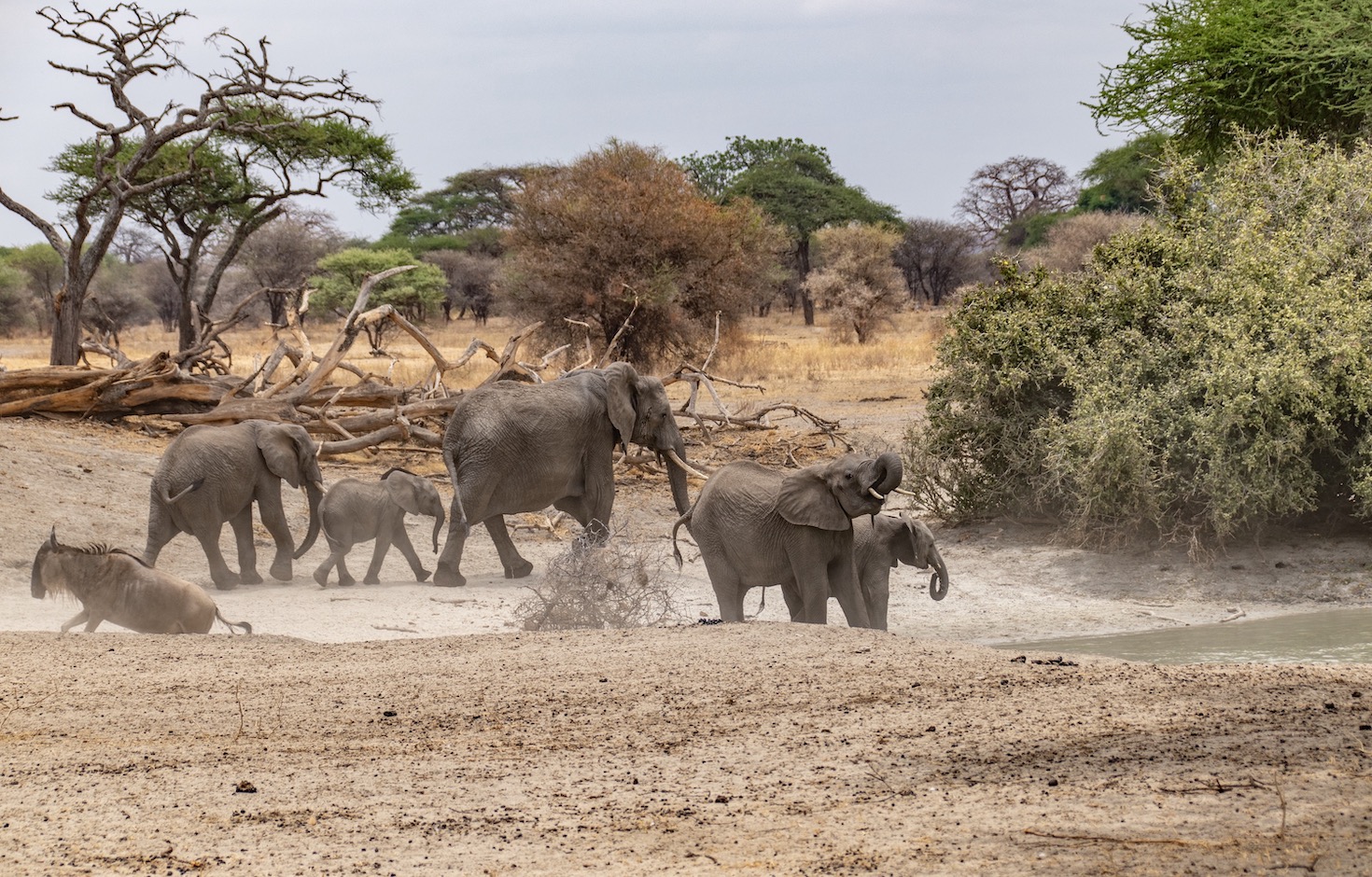 For us a dream came true, because right at the beginning of our day in Tarangire National Park we were able to spot our first cheetahs. We have never been lucky enough to see cheetahs on all previous safaris in Botswana, Zimbabwe and Uganda. Tarangire - as the first of our Tanzania National Parks - gave us three cheetahs up close after just a few minutes of Game Drive.

With around 330 square kilometers, Lake Manyara National Park is one of the smaller national parks in Tanzania. Manyara Lake takes up two thirds of the area. This large salt lake shapes the vegetation of the national park. You can find everything in this Tanzania National Park, from the jungle and green vegetation to the savannah. In the western part, the national park borders on the Great Rift Valley, a tectonic shift that runs through all of East Africa.

Similar to Tarangire, Lake Manyara is suitable as a destination for a day trip from Arusha.

The park has a very high density of elephants and buffalos, but the other typical representatives such as zebras, wildebeests, antelopes, monkeys and birds are also frequently represented. The park is famous for its lion population, which likes to climb trees. To the best of our knowledge, only the lions in the Ngorongoro Crater and the Ugandan Queen Elizabeth National have these skills. 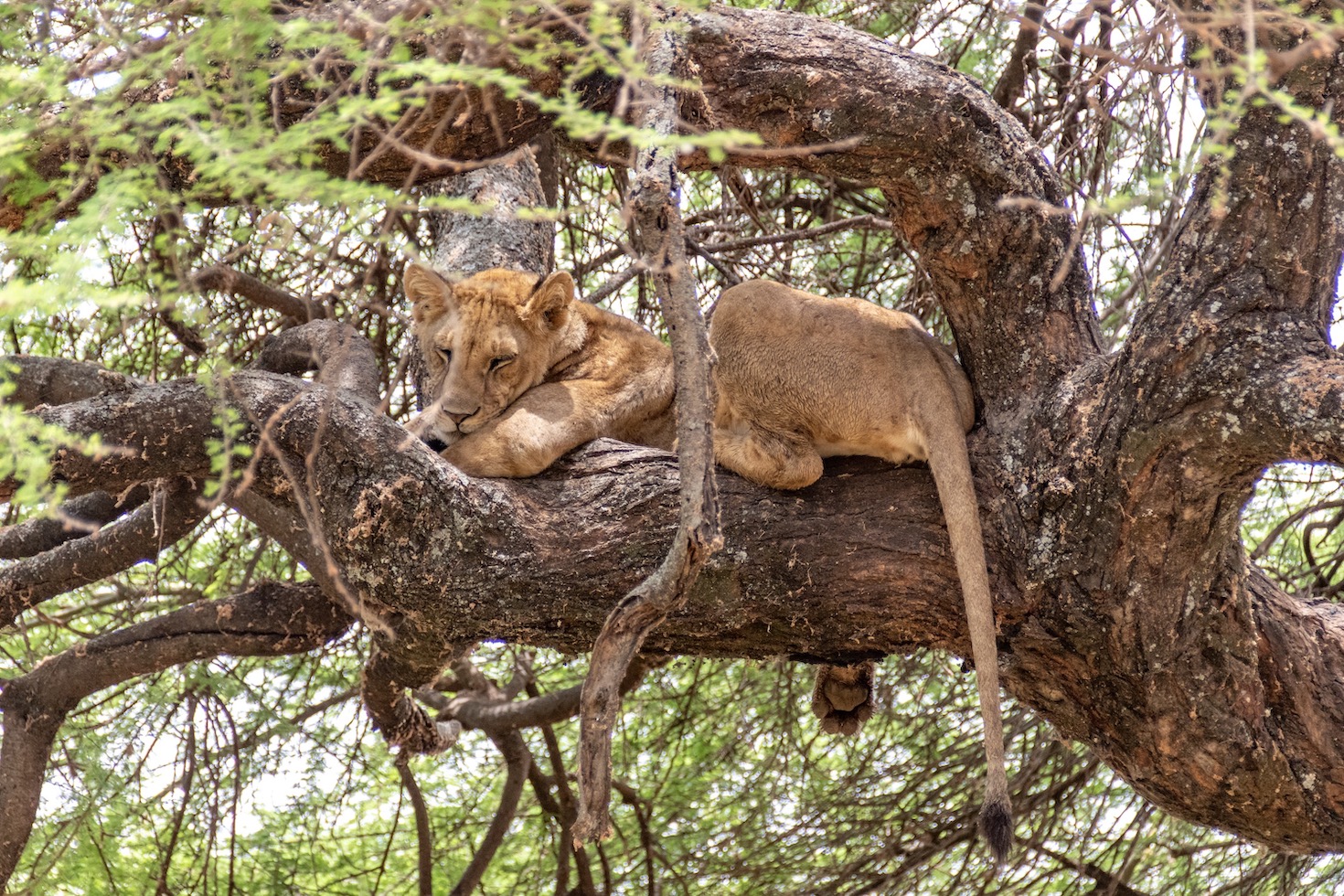 Overall, the park was really good from the vegetation, but as far as wildlife is concerned, we liked the other three national parks in Tanzania better.

Tanzania Travel Tip: From Lake Manyara Viewpoint you have a magnificent view of the national park and lake. 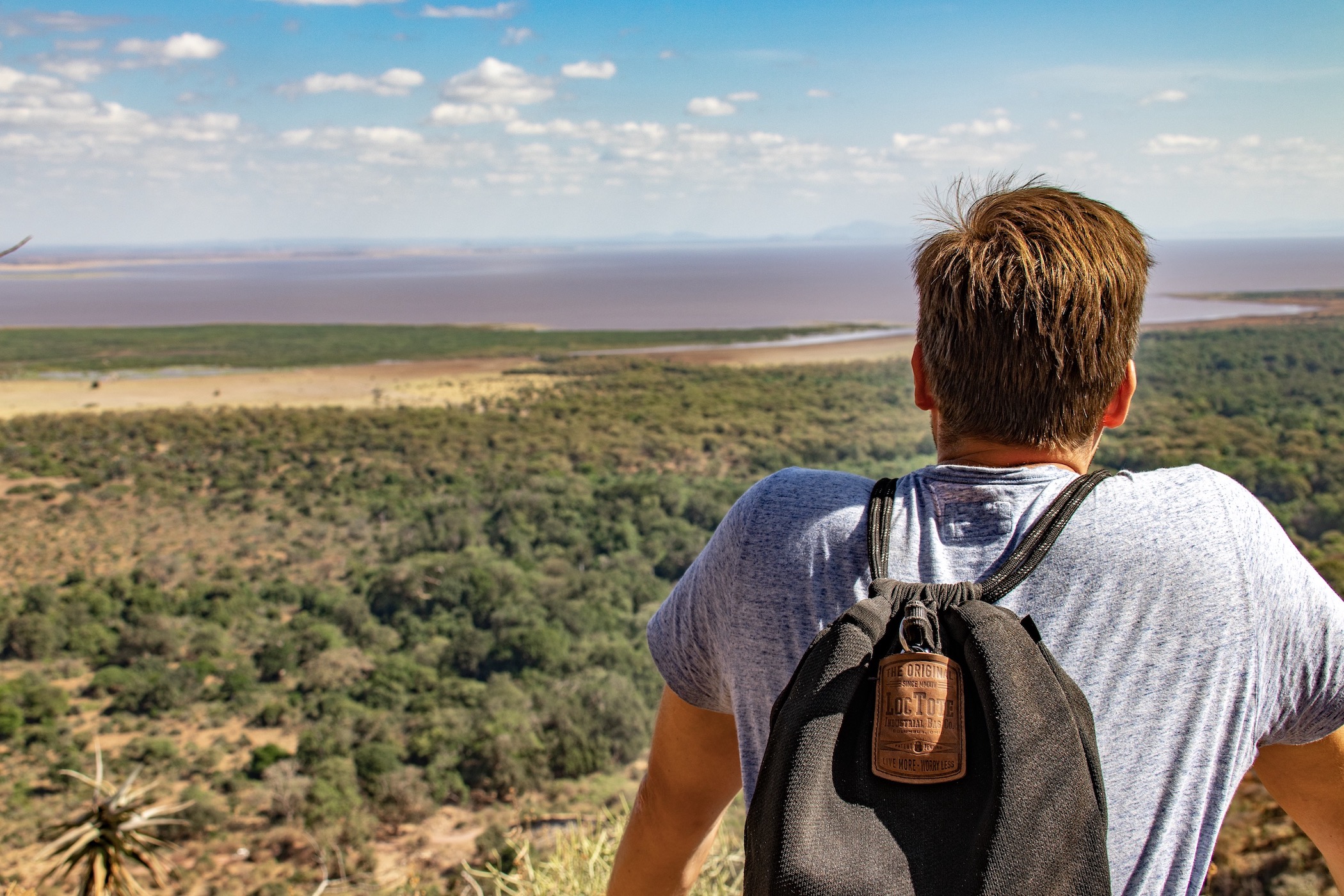 The vegetation of the Serengeti is characterized by endless grass steppes. There are only a few trees and hills. Again and again you see rocky islands, which are a hotspot for big cats. 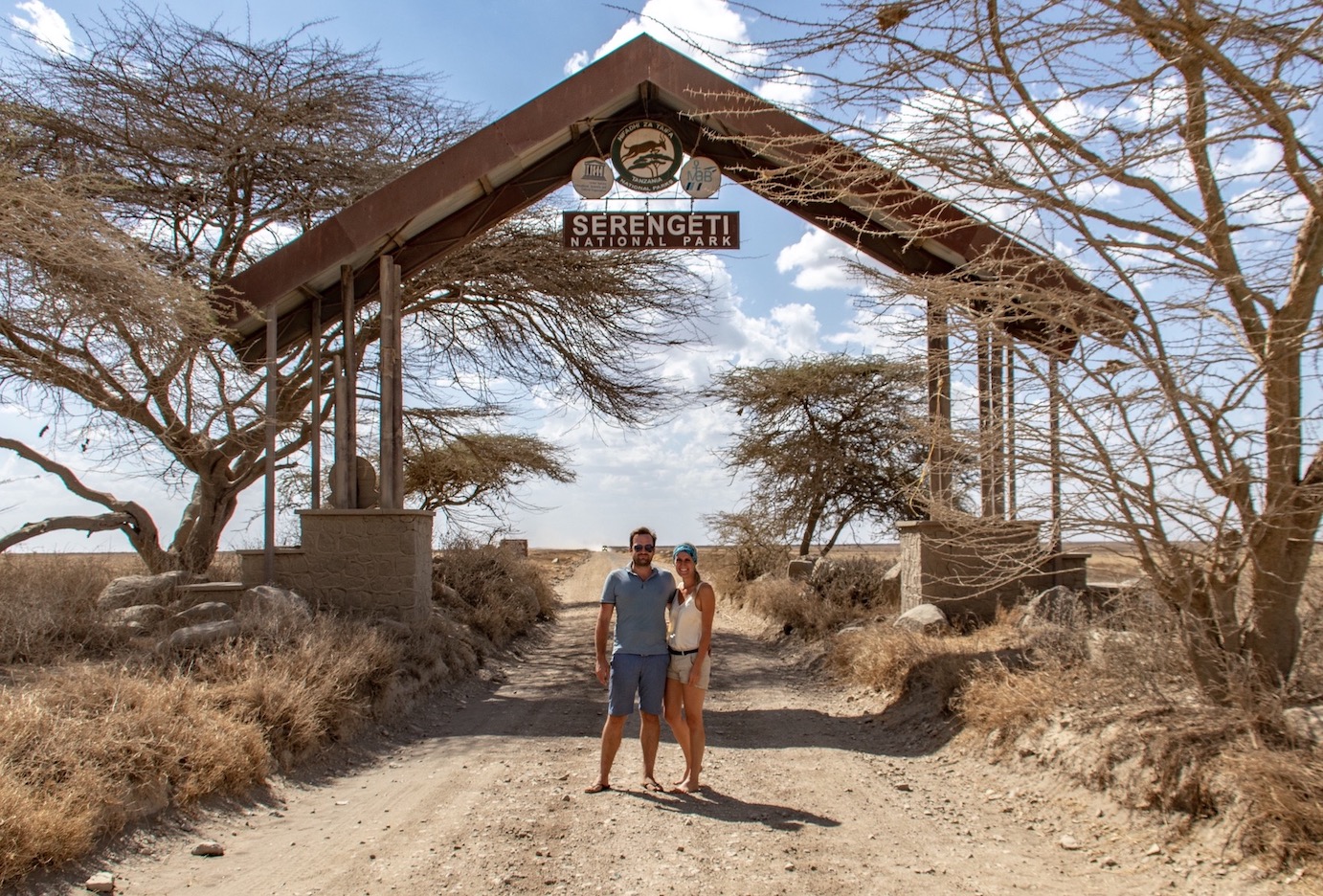 The Serengeti Gate - the main entrance - is located in the southern part of the Serengeti and is about a four and a half hour drive from Arusha. After a few hours of driving you will reach the central Serengeti, where the adventure really begins.

In the middle of nowhere in the savannah, rocky islands appear every few kilometers in the tall grass. These rocks have repeatedly proven to be a hotspot for wildlife. We have spotted lions, cheetahs and leopards on these islands. So pay close attention to these islands.

The Serengeti has really proven to be a territory for the big cats. We actually had, during the whole safari in the Serengeti, heart throbbing with excitement. For us, the Serengeti is the highlight of all Tanzania national parks when it comes to big cats. And lions, cheetahs and leopards are exactly why we are all so fascinated by safari.

Depending on the weather, the great herd migration begins between January and April in the south of the Serengeti and ends in November in the Maasai Mara in Kenya. As a result, there were many herds of zebra in the central Serengeti during our time (October). 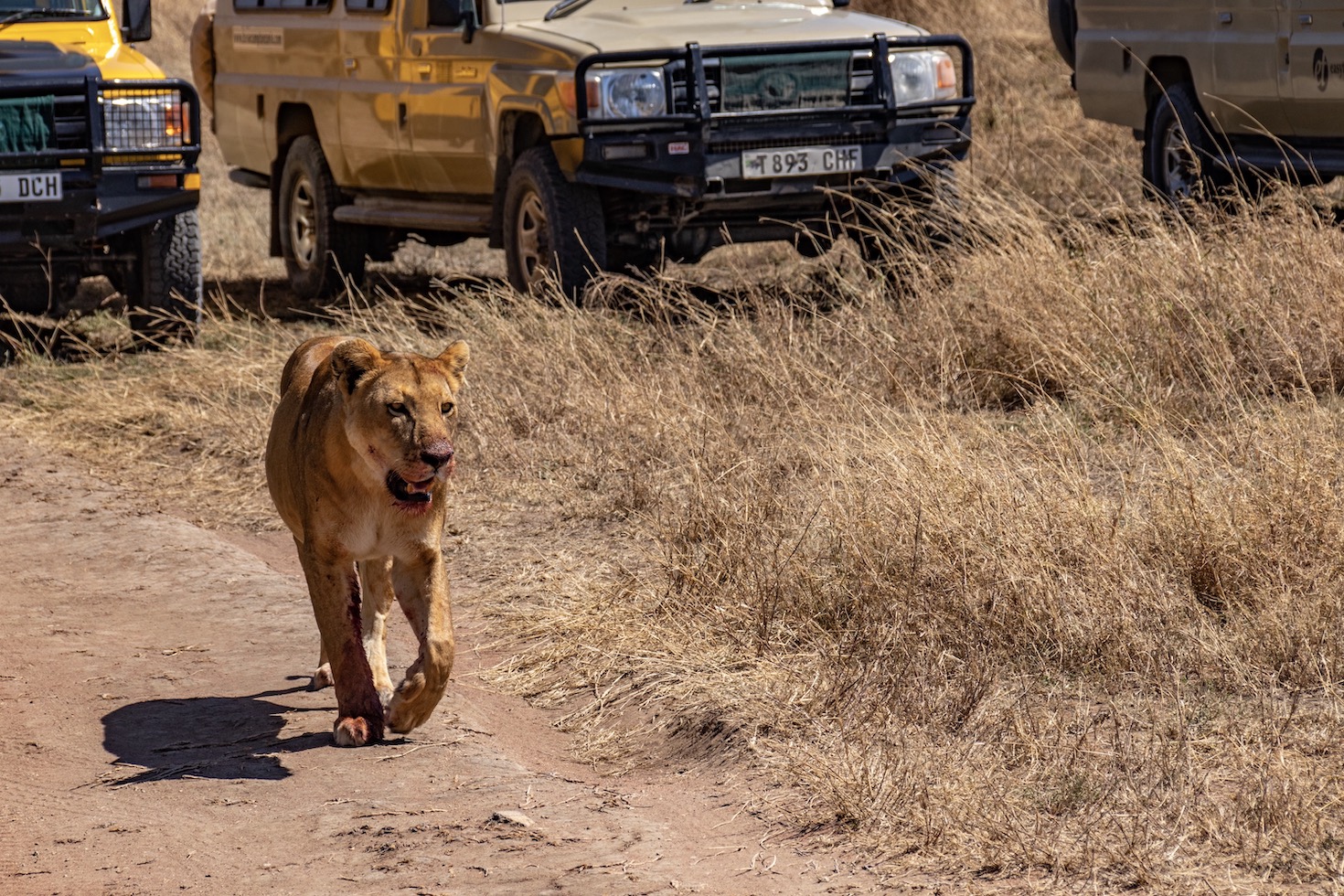 Our camp for the night - a large luxurious house tent - was in the middle of the free savannah, no fence, no protection except the tarpaulins and the experience of the operators and guides. In the dark, the tent may no longer be left unaccompanied. The camp staff are happy to accompany their guests through the camp at any time of the day or night.

At night we could hear lions and hyenas right behind our tent. What an awesome experience. We rarely slept as well as here. A dream. Here you'll find the Tortilis Camp [ad].

The Serengeti was definitely the highlight of our safari and the best of all Tanzania National Parks we visited. 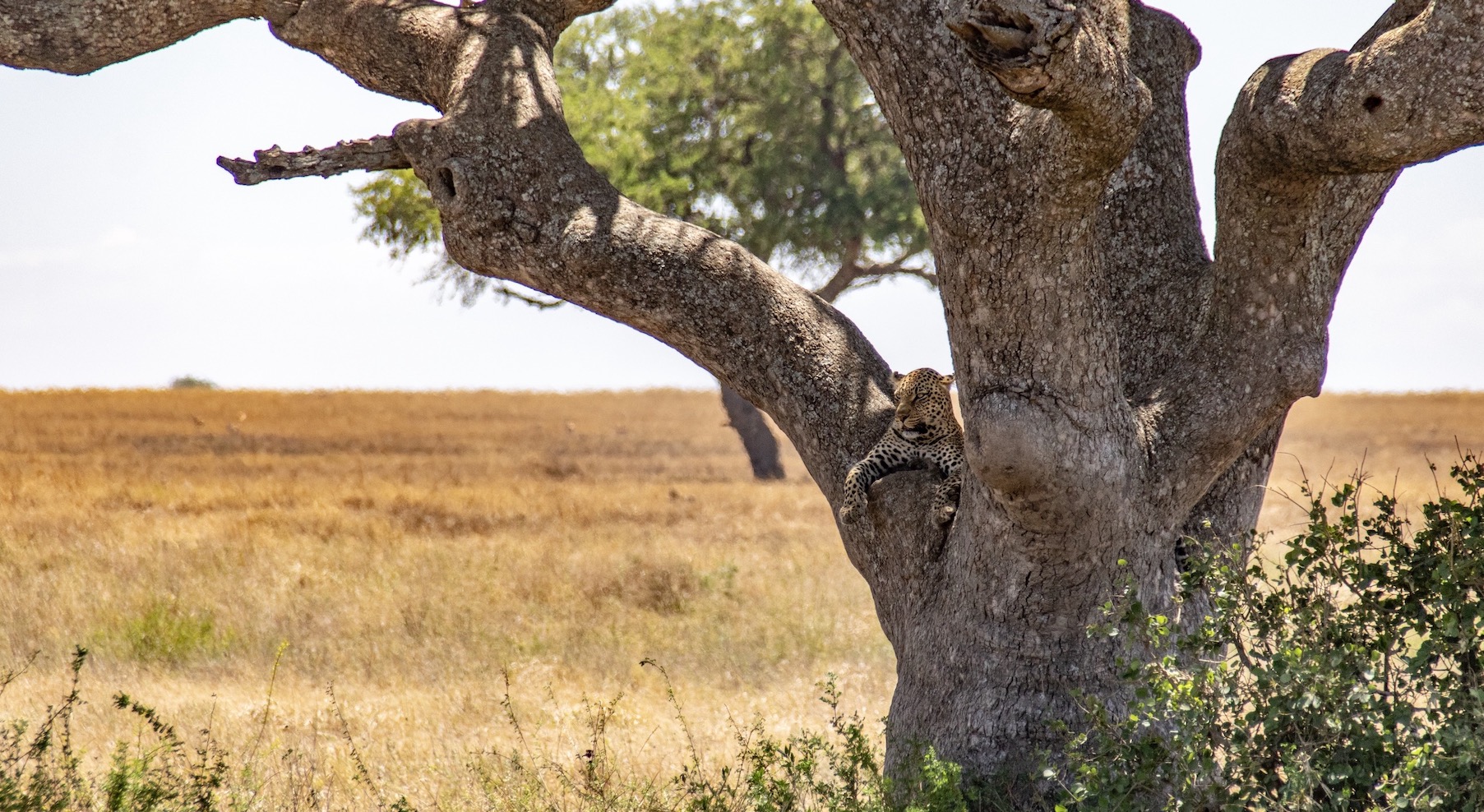 The Ngorongoro Crater is located in the Serengeti National Park and is a UNESCO World Heritage Site.

2.5 million years ago, the crater was still an active volcano, which is said to have been higher than the mighty Mount Kilimanjaro. A massive eruption blew up the volcano itself, leaving only the crater walls 400 to 600 meters high. On the small area of ​​the crater floor, an animal and plant world has developed differently than outside, since access is not impossible for animals, but is limited to a few places.

Already when the gate to the crater conservation area comes into view, the jeep wheezes up the 2,300 m high crater rim and you take a first look from the observation deck into the crater, you can guess what to expect. Lush green areas, lakes and forests. The landscape in and around the crater is simply huge and beautiful. We really believe that the view from above into the mighty crater is the most breathtaking thing we have ever seen in nature. 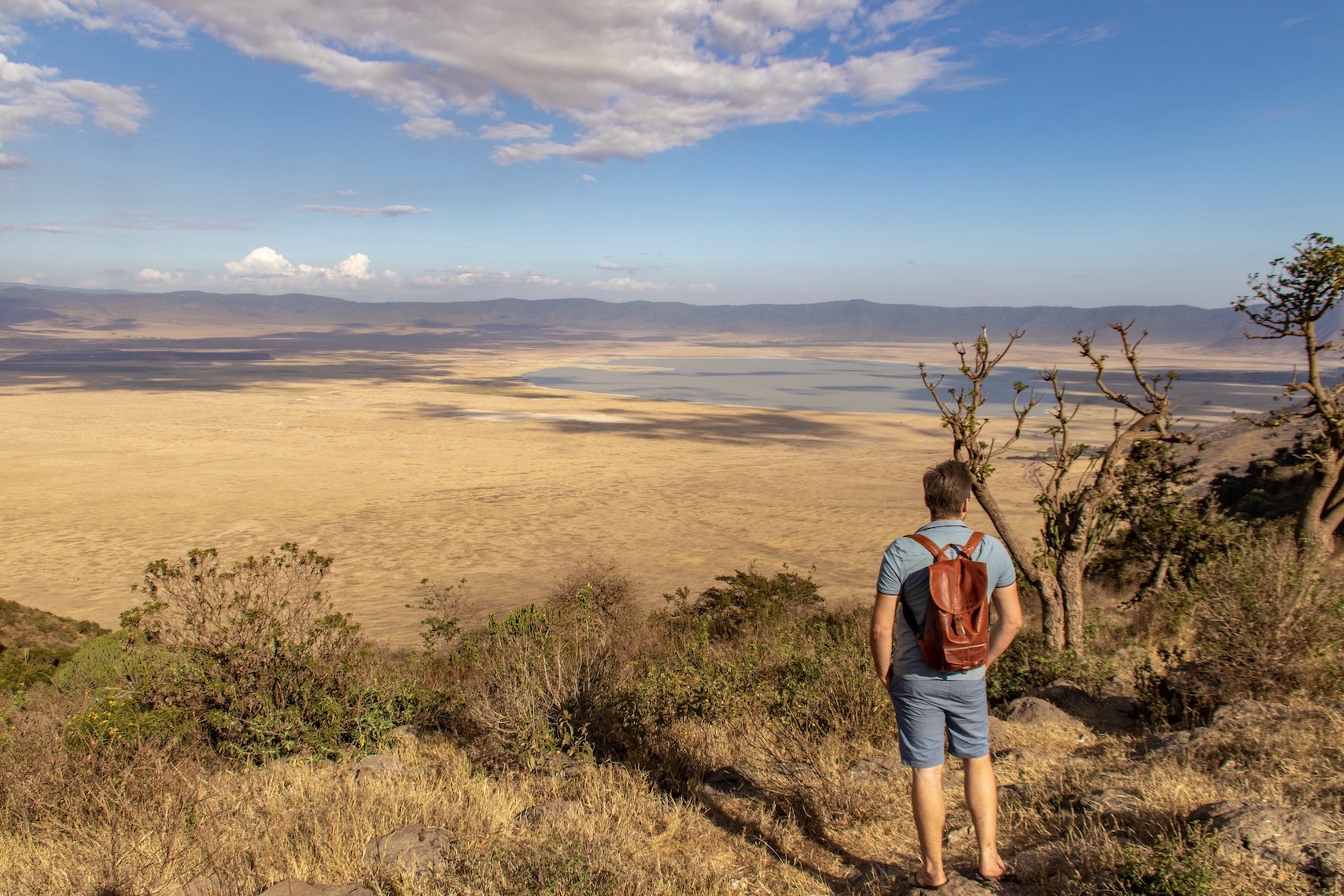 The surrounding lodges are all on the crater rim and the connected plateau and thus at 2,300 meters above sea level. This location causes strong temperature fluctuations. It can get really cold, especially at night. We had a wood stove in our lodge, which kept us warm at night. You can always tell the situation up here on the Great Rift Valley - i.e. at the East African Rift Valley - because there are occasional small earthquakes. The whole region is of volcanic origin and is still very active tectonically.

Many different animal species live in this crater in the smallest space - the crater is only 17 to 21 km in diameter. Huge herds of wildebeest and zebra roam the crater and are always accompanied by hungry lions and hyenas. Elephants, hippos, crocodiles and a few rhinos also live in the seclusion of the crater. In addition to all these wonderful animals, the crater itself is the real star and thus the perfect end to our safari in the northern national parks of Tanzania.

OUR CONCLUSION ON THE NORTHERN NATIONAL PARKS OF TANZANIA

The Serengeti is simply indescribable due to the large number of big cats. We cannot count how many pride of lions we have seen. The Ngorongoro crater impresses with its shape and thickness. Just the feeling of going on a safari inside an extinct volcano is awesome.

For us, these two national parks were the highlights of the Tanzania national parks. We also liked Tarangire and Lake Manyara, but cannot compete with Serengeti and Ngorongoro. 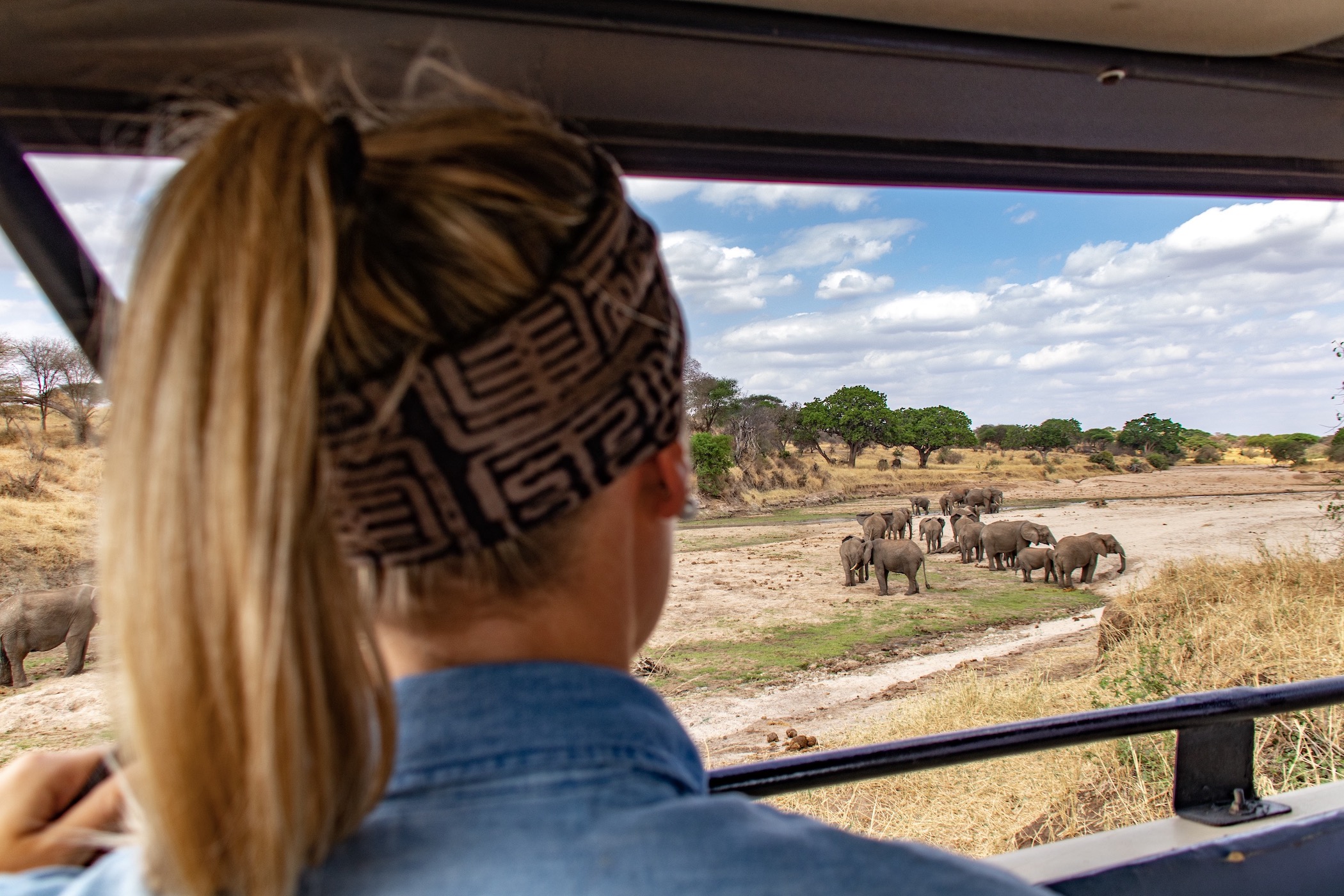 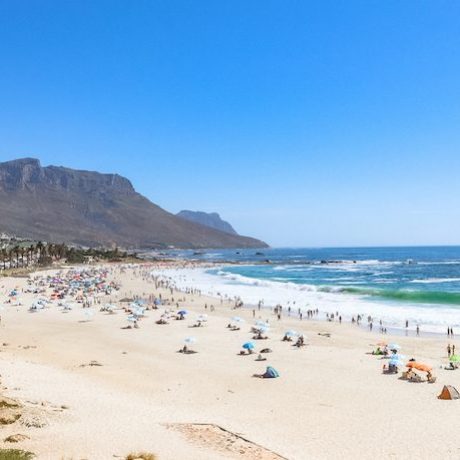 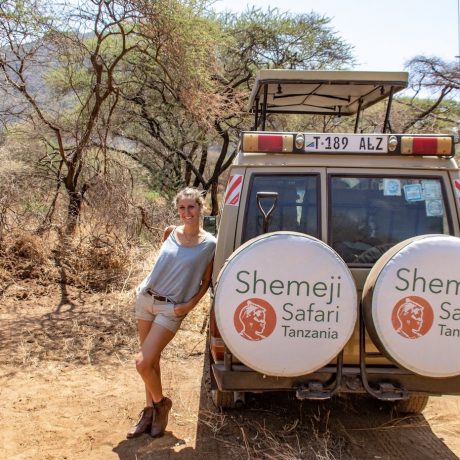 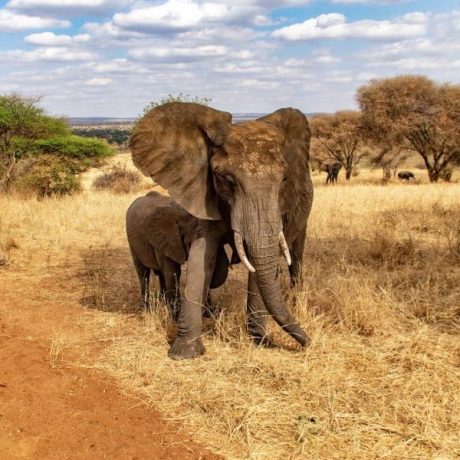 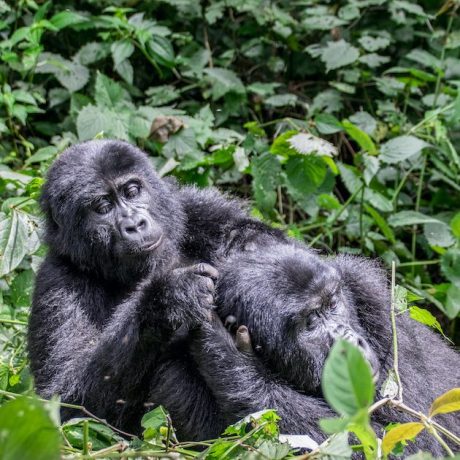 If you see product links on our pages, then these are so-called affiliate links. These links will navigate you directly to a web shop where you can order / buy this product. We receive a small commission for your purchase, but the product does not become more expensive for you.